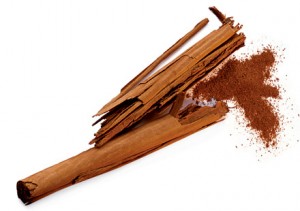 There was a time when my sister came home from the grocery store with several grocery bags with five packets of cinnamon included. Yes, I knew that cinnamon was used for baking and coffee, but I was still dumbfounded. None of us knew how to bake, and we weren’t coffee drinkers, either. She caught my befuddled look, and said, “Cinnamon is healthy.”

Duh. I chose to wait and not voice out my mental reaction. My patience was rewarded with, “It’s good for your body and will help prevent diabetes.”

Ahh. Well then, that makes cinnamon ideal for my family. You see, both my parents have a family history of type 2 diabetes, so that increases our chances of developing it later on.

What is cinnamon, really? Aside from being used to add flavor to breads, pastries, and coffee, it’s known to be used in managing glucose levels in the bloodstream and reducing cholesterol. It is said to have significant effect in lowering blood sugar with everyday intake.

Before the onset of type 2 diabetes, the body ceases to recognize insulin, thus rendering it useless in converting glucose to energy, which the body needs to fuel everyday activity. Cinnamon allegedly restores the body’s recognition of insulin, but it’s still under thorough research. However, there are fruits from research that make the scent of cinnamon even more inviting, especially to people with diabetes. Some studies say that cinnamon, with daily intake, trims down risk factors that are linked to diabetes and cardiovascular diseases.

On the other hand, in the year 2007, a study was conducted with cinnamon and people with type 1 diabetes. The result was that cinnamon was ineffective in reducing the sugar level in the bloodstream.